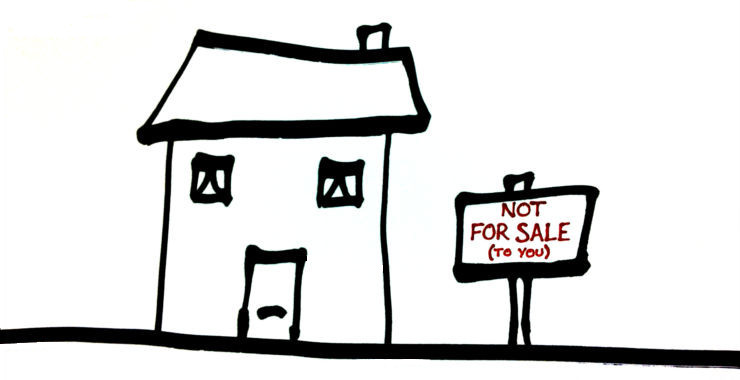 At the end of October 2012 we published our report, Building Castles in the Air, which looked at the difficulties facing young people trying to access the housing market.

In the report, we highlighted the issues that have combined to make it almost impossible for a young person to consider buying their own home: inflated house prices (between 2002 and 2008 the price of the average house rose by nearly £84,000); restricted access to finance since the credit crunch; and the fact that low wages and rising youth unemployment are making it even harder for young people to raise a deposit for a mortgage.

A new survey this week, from the Royal Institution of Chartered Surveyors (RICS), claims that things might be starting to improve in the housing market, with prices having stayed level in December and predicted to rise slightly over the next three months. One reason given for this is the Bank of England’s Funding for Lending Scheme, which has led to banks cutting mortgage rates recently, and which would seem to be supported by a report today from the Council of Mortgage Lenders (CML) showing that mortgage lending rose by 6% in November.

Another piece of new research shows that there are now 65 more mortgages available to borrowers with a 10% deposit than there were a year ago, so it would seem that there are reasons to be cheerful as the new year begins.

However, none of this is likely to benefit young people in any meaningful way. The lack of employment opportunities – particularly in the graduate sector where recruitment for graduate schemes is set to fall – means that a significant number of young people will still be unable to generate the income required to raise a deposit of even 10% at current prices.

Until more is done to tackle youth unemployment and low wages, including unpaid intern-ships, it seems that any improvements in the housing market are only likely to benefit those already in it and not those wanting to enter it for the first time.