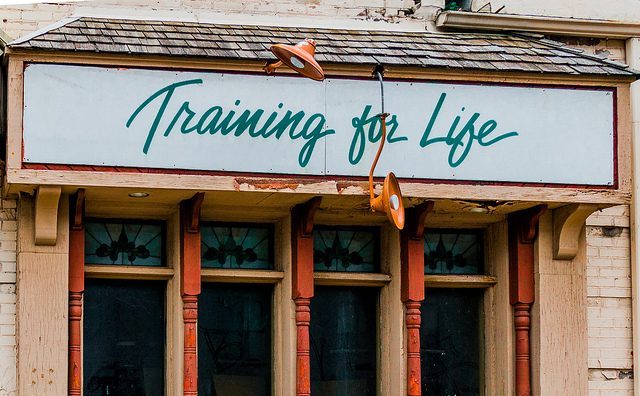 A new report by the charity Education and Employers, based on a survey of 7,000 teenagers, warns that the career hopes and dreams of too many young people are simply incompatible with the actual jobs available to them in the economy.

The report, titled: ‘Disconnected: Career aspirations and jobs in the UK’, says that around 51% of the young people surveyed wanted to work in one of three areas: art, culture and sport & entertainment. The problem is that the number of jobs in those industries are not sufficient to provide the number of jobs required to meet the aspirations of the young people who want to work in them.

Indeed the report goes on to say that the evidence shows that five times as many 17 – 18 year olds want to work in these sectors (15.6%) when the projected demand in the economy for those kind of jobs is only 3.3%.

Catering for the future?

The economy is producing many more jobs in sectors like accommodation and catering, but the number of young people who fancy building their careers in either accommodation or catering falls way below projected levels of demand in both sectors. The same gap between the small number of aspirants and the much bigger demand also exists in both the wholesale and retail trades.

This report, which has been launched together with a new analysis from the OECD and PISA, stresses that young people’s career aspirations can be set as young as seven, and that once set are very hard to change. The report goes on to say that we need a fresh approach to these egregious problems and that young people’s career aspirations “need to be engaged with and, if necessary, constructively challenged.”

Like so many other reports of this kind – and we produced one of our own several years ago called ‘Ambitious-Minds-The-Frustration-of-Aspiration-report-July-2012’ – it is the action taken by the relevant authorities who control the budgets in schools, and the access to school students that needs to change, alongside the understanding of both students and their teachers of what kind of jobs are available in the economy and how we best prepare our young people for the challenges that lie ahead.

An holistic approach to careers education

Our schools are woefully ill equipped to even attempt to offer the kind of integrated careers development education that every student needs, and the shocking reduction in careers training in most schools over recent years, at a time when the economy is undergoing profound structural changes, is a national disgrace.

In schools across the country we have found that a different approach to this problem can yield great results so long as it forms part of a holistic approach to preparing young people for their future lives as active, employed, tax paying citizens.

It is futile to lecture school students in the traditional style about careers and related matters of that kind. In order for them to make sense of the very notion of stable employment and the benefits it brings, it is essential to put that in its wider context as one of the set of skills they need to acquire in order to build their future life.

Once students see that, they think quite differently about everything from the notion of ‘aspiration’ itself, all the way through to more detailed questions about the real nature of the jobs and careers they have heard about.

Uninformed people cannot make good choices, and if we want the next generation to have the skills to manage their way through our rapidly changing economy, with further challenges like AI swiftly bringing new problems with them, we have to change our approach and start to prepare them in a radically different way for life beyond school.