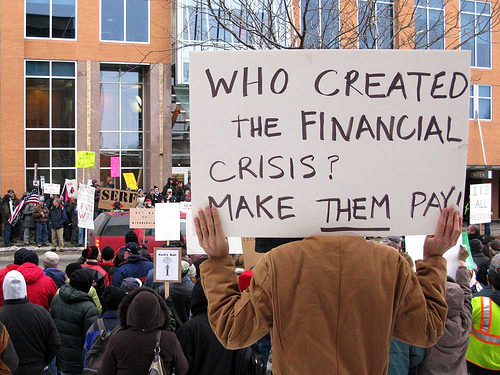 Andrew Rawnsley wrote an interesting piece in last Sunday’s Observer entitled “The Great Crash changed politics more than it reformed finance”, in which he said that despite the epic damage imprudent banking practices had done to the world economy, “bankers continued to enjoy lavish rewards while millions of other people paid the price in squeezed living standards and reduced services.”

One of the most damaging consequences of the financial crisis – which should be more accurately remembered as a crisis caused by finance – is the huge changes it ushered into the structure of the UK employment market.

Rawnsley goes on to say in his article that the crisis “accelerated a change in the nature of work. Cost cutting led to more precarious jobs, often on exploitative terms.” And now we are all only too painfully familiar with the world of the so-called ‘gig’ economy, which is characterised by low wages, a lack of job security, the absence of pensions and other benefits, zero-hours contracts and bogus self-employment.

These changes are profound, and have immense consequences for future generations, as well as having a big and negative impact on the current finances of millions of households in which hard pressed parents (and grandparents) are having to subside the lives of their children, because they simply cannot generate sufficient revenue from their jobs to survive independently.

One of the marked features of all our lives over the last seventy odd years at least, was the general improvement in the quality of life enjoyed by each succeeding generation – it was taken for granted that we would all be better off than our parents, or grandparents. Well that cosy assumption has now been blown apart, as there is growing evidence that the next generation of young adults will be worse off than their baby boomer parents, and yet we still seem incapable of doing anything about it.

Education exists, amongst other reasons, to prepare us for the world of adult life, and we now need to wake up to the stark reality that we will have to equip all future generations with a new set of skills – which will mean significant changes to our education system – if we are to avoid the full cost of the financial crisis being the wasted lives and blighted hopes of our children and, eventually, their children as well.