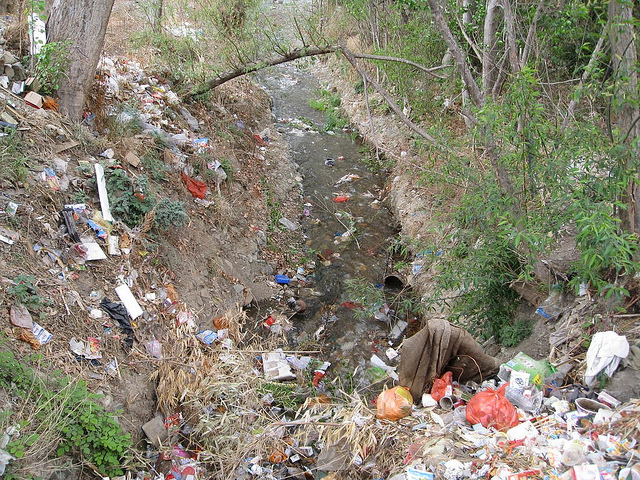 The Institute of Public Policy Research (IPPR) has today published a report called, This is a crisis: Facing up to the Age of Environmental Breakdown. It opens with the sentence, “Mainstream political and policy debates have failed to recognise that human impacts on the environment have reached a critical stage, potentially eroding the conditions on which socioeconomic stability is possible.”

Put simply, this means that the combination of environmental threats, such as global warming, soil infertility, pollinator loss, chemical leaching and ocean acidification, pose a threat to the future existence of organised, civil society in the way most of us, certainly those of us in the west, have experienced it.

The report sums all this up by saying, “a new, highly complex and destabilised domain of risk is emerging – which includes the risk of the collapse of key social and economic systems, at local, and potentially even global levels.” In other words, it is impossible to neatly disaggregate the full consequences of this perilous set of circumstances, and somehow convince ourselves that they only exist out there, in that other place we call ‘the environment’, where they only affect the wilder fringes of nature, and even then, only in far away places.

To bring this idea home, the report ponders the outcomes of further severe floods, hurricanes and forest fires in a country like the Unites States, which could prompt insurance claims on such a scale that the financial system could not cope.

Since 2005 floods have increased by a factor of 15 times, extreme temperature events by a factor of 20, and the hottest 20 years since records began in 1850 have been in the past 22 years. The evidence is mounting, says the report, and the continued degradation and destruction of the natural world – including the loss of vital species – poses a existential threat to all of us, which we can not longer ignore.

Can we educate our way out of environmental disaster?

Our mission to educate and inform young people and their families in financial life skills, includes making them aware of the environmental threat that is so vividly set out in the IPPR report. Building sustainable lives is at the heart of what we teach, and that cannot be achieved in any way that treats the capital of the earth – all the irreplaceable things we are busily destroying – like income.

We want every young adult and their families to understand that these environmental threats are as grave as any threat of homelessness or being mired in debt. Our survival and our ability to build the kind of society we want for the future poses an existential threat to all of us, which we have to face up to and deal with urgently.

Worrying about one’s credit card debt will look like small beer if the warnings in this report are ignored for much longer.